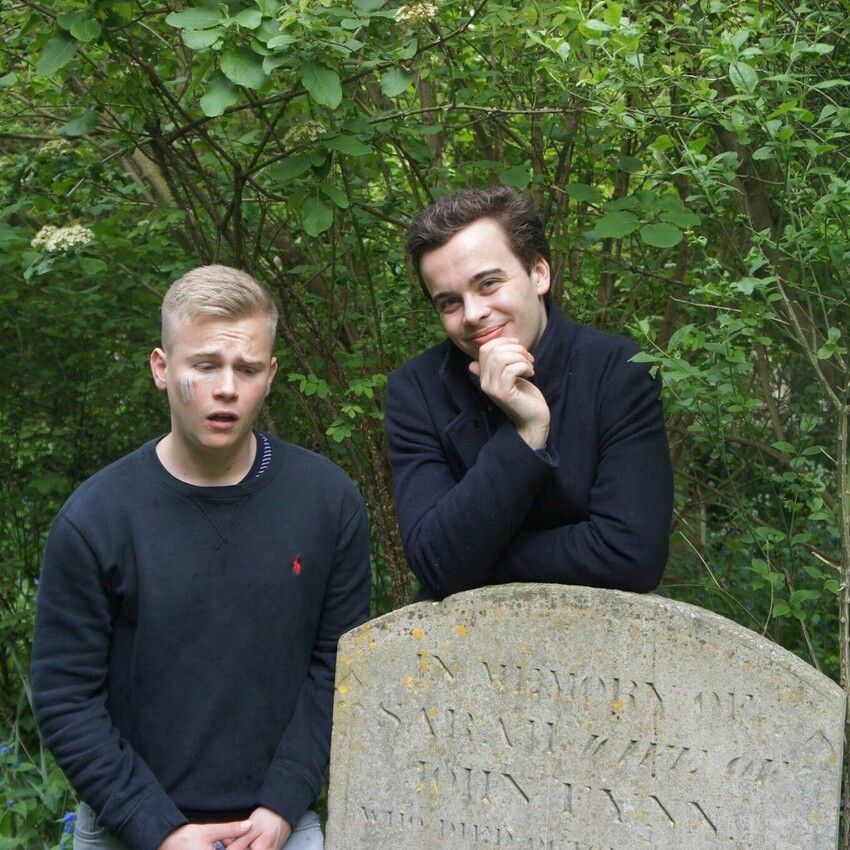 "Gaylords (previously called 'Pity Laughs') is the gayest thing since sliced Elton John. You may recognise that joke from the homepage of this website. That's right, Other Will and Mark Bittlestone have already run out of things to say about their gay comedy double act, because that pretty much says it all. In case you're still hungry for info, however, here is part of their unsuccessful application to perform at the 2019 VAULT Festival. Feast your eyes on this shameless, dead-eyed bullshit:

Following the success of their 2018 Edinburgh show Pity Laughs: A Tale Of Two Gays, Will and Mark are aiming for an entirely fresh, new take on gay comedy. Their aim is to hoover up as many of the conventions of gay discourse as possible and regurgitate them into something new and unique, to give the audience a new way of looking at being gay and understanding what it feels like, but for themselves, a new way of laughing about it - if there is to be a takeaway from the show, it is that only by laughing have either of them come this far."

UPDATE: Sadly, the above vision never came to pass, because of several deeply unpleasant and bitter personal disputes between Will and Mark, after which they have just about been able to elastoplast their friendship back together. The chances of them coming together perform comedy together as 'Gaylords', however, is about as likely as them coming together in a less salubrious context.