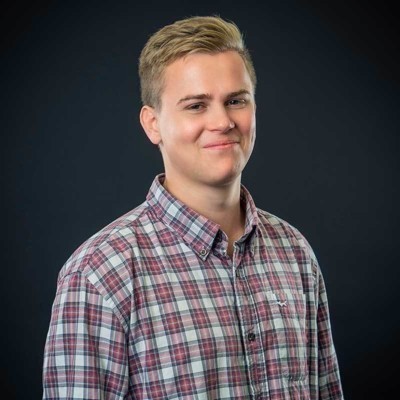 After doing exceedingly brilliantly at school and university, Mark has decided to waste all the time and money his parents spent by pursuing a "career" in comedy. He's really pleased about this and how it's going and all his friends constantly remind him about their "normal jobs" so it never gets to him. Mark thinks that making people laugh is his favourite thing and is constantly seeking ways to convert 'making mates laugh in the pub' into 'making people laugh onstage', an intersection with staggeringly low returns, as he consistently finds out. Mark started doing comedy at school. He played a tree in kindergarten in a performance described as "nuanced" by almost everyone. He did plays and stuff like that at school for a while and was always cast as the loud kid who screams or has a lisp or a weird voice, which was good for a bit. He got into comedy a bit more at senior school and did 'drama in the community' which was real fun until one of the community members (an old woman in an old people's home) was rushed away in an ambulance during one of the performances so he toned his stuff down for a while. Then Mark went to university, drank beer, played football and rugby, was a bloody LAD, came out as gay (yuck poofter yuck), was going to apply to be a consultant like he should have (still a career path open, always open) but decided instead to do some comedy. He joined "The Footlights" where he generally mucked about and got naked onstage (made sense in context but only barely) and then left university and set this company up, so hi!