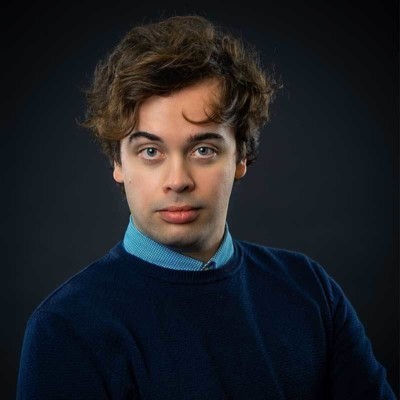 "Will was born in Sheffield, which isn't in London (?!). Will's early years were dominated by being bullied for being gay, a tricky 16 years which very much set the tone for the adult life that was to follow: being gay, having gay sex (lol JK! Thinking about having gay sex), writing and performing jokes about being gay.

A reasonable amount of this homophobic bullying took place at Will's school in west Sheffield, a high-performing state school too busy getting great results to notice when someone is loudly called a 'faggot' in class. Will went on to study English at Cambridge University, hence his strong sense of entitlement to a career in comedy.

At Cambridge Will did lots of gay-themed comedy that he'll be happy to talk about in forums not visible to potential future employers. He also wrote a "really rather good" (Londontheatre1 (Will agrees)) adaptation of Tristram Shandy in 2015, followed by a really rather abysmal sequel and several other plays of varying quality. Will met Mark Bittlestone when he cast him in said abysmal sequel, soon after which the pair conceived of StraightUp Productions. Will now lives in London, which isn't in Sheffield (?!).

Will now performs as part of double act 'Hullabalooo!" with unstoppable talent Rhiannon Shaw, following a series of bitter and acrimonious disputes with Mark Bittlestone."