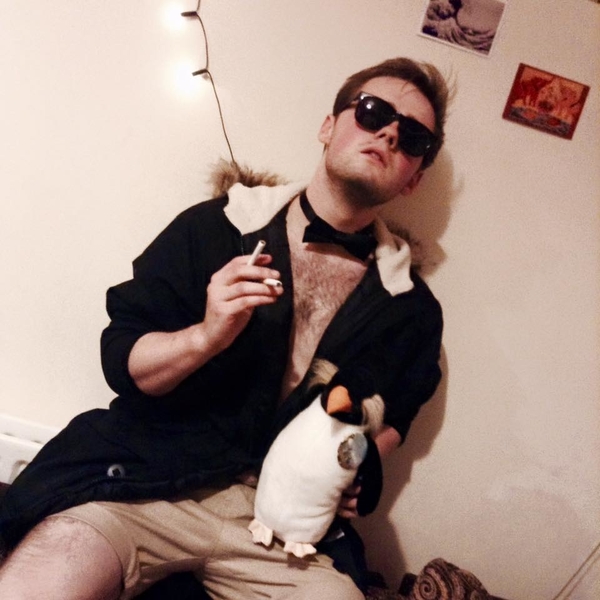 Willkommen brothers and sisters. My name is Ollie Pfizer-Caskey.


This a place where heart beats and hard beats collide,

Where goosebumps and bass thumps coincide.


We are the uncensored, off the leash,

And shakings of and for the electronic music generation.


We are the roof raisers and floor fillers.

We are backstage and front left simultaneously.

We'll be picking up and dropping.

Lost in the haze and founded by a craze

For delivering the best insight into the out-of-body,

Out-of-mind-and-soul experiences to be had out there in the beatosphere.


We are the VIPs

Because we provide the people's PsoV (points of view)

As we sample the fairiest lit musical events

And releases this football of a planet has ever seen.


We will be picking the crumbliest techno biscuits

And dipping them into a cup of OTT coverage on the electronica scene.


This is for everyone. We are music. We are you. We are: Home Is Where the House Is.

In June 2011, after finishing my five years at Boring School (boarding school) I walked into a Berlin nightclub for the first teim. Thinking about it now, I am reminded of the Christians who discovered Jesus was gone from his tomb on Easter Sunday. I just stared and thought: Quoi?

I was hooked, lined and sunk from my first sip of Club-Mate and drag on a stranger's Lucky Stripe. I still wear the stamp from that night. I can close my eyes, reopen my ears and remember every DiskJockey from that night. There was: Xtra-Lars, Cylent Knight, 2 Ankles, E=MD², Lorraine Allchurch, AKray47, Muezzin and headlining the evening was RHODODENDRON (it was supposed to be DJ Koze but he couldn't find his way to the club in time - famously refusing the use of an included sat-nav on the dash of his Opel).

Ever since that night, EM (electronic music - you might as well let that abbrieve sink in because that's a term that'll be used quite a few times on this hectic electric helter-skelter (this blog)) has been in my blood. I wouldn't say I've ever overdosed on EM but I've come pretty close and I've never lost my love for it, and now I want to share that love with all of you.

I am sick of mainstream media portraying the electronic music scene as just a series of dilated pupils frollocking in warehouses with their cigarettes, Wrigley's extra and tap water and wandering lips and fun. It's not all about those things. People are on the end of those pupils.

But, we are all pupils. Pupils in the classroom of electronica. Listening to our teachers and taking notes, and think of this as my homework.

The EM scene is alive and well, and growing at a rate that even Belo Horizonte would be proud of. Better and better house and techno gets produced every single day not only in this country but in the world generally. I created this blog as a safe space for music events to be reviewed and talked about by someone who really cares about the music and not just the powders and pussy/penis, but crucially isn't just sucking on the blue pen lid of the corporate biro.

While I've got your attention I'm going to call out some of the blasphemers sitting and dissenting in our temple:

1. VICE Magazine - stop talking about the "sesh" and "the come down" and come down from your ivory tower and have a Japanese white ale with the rest of us you clowns.

2. Resident Advisor - the only thing you should be able to give advice on is audiobooks because like audiobooks the music you review never has any flipping beat to it. You know?

3. Haus mit Klaus - Berlin is the tip of the iceberg, mate. Get over it. People would think you're Commander Zhukov on the eastern front given how obsessed you are with it. Honestly...*

What is the blog?

So my promise to you is this... to give you real coverage, interviews, do's and don'ts and real feedback on the most diverse, frantic, glorious biggest and most beat-iful goings on in global electronic music. They will try and shut us down, but we are independent, we don't need anyone but the music.

What do I need from you? Just your eyes for reading.

* I know I mentioned Berlin too, quite significantly, but Klaus mentions it too often. I was at an after-party in Stuttgart with him back in '14 and when we ran out of guacamole for our paprika crisps he insisted we drive to a little deli he knew in Berlin for some more. It was 6.45 in the morning. And Stuttgart is over 500km from Berlin. And Klaus doesn't have a license so he wrongly assumed I was doing the driving. We just opened some salsa.

THIS PILGRIMAGE BEGINS WITH A VERY SPECIAL GIG THIS SATURDAY - COVERAGE TBC...