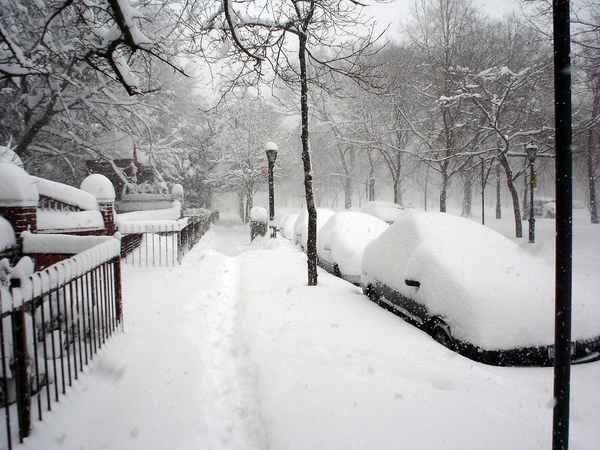 German or Dutch musician/producer Ludwig Van Beethoven (1770-1827) once said that: "Music is like a dream. One that I cannot hear." LVB had clearly never heard Elise Le Filth.

Weekends in a year are like the number of cards there are in a deck once the jokers have been taken out - there's only fifty-two of them. Make use of them.

After a pretty hellish tax assessment, for a man like myself who has probably reaped the benefit from more cash in hand gigs than Marcin Zurawski (part-time carpenter, full-time DJ), I left myself with a non-existent budget for this weekend's EDM hot ticket. Until Thursday afternoon, I genuinely considered hosting another of my semi-legendary impromptu one night festivals this weekend. I was thinking about using that abandoned C-130 Hercules at RAF Hendon again, as a sequel to January's Chestival'18 , but we all know what that would have led to (I'm looking at you Johnnie).

However, Thursday afternoon came and it was like Lady Luck had come over for a cup of Earl Grey and a trouser kiss when she told me (Lady Luck in this case is my old Head Boy at Tallyhough College: Barney Dubble-Barrell) that her (his) chalet in Quebec was available for the weekend. Not Montréal...? Yes, Montréal. Montréal suburbs.

But bugger an otter, I'd have to pay for flights... Oh wait...no, I wouldn't. Between 2011-2018, I'd managed to rack up about 120,000 Air Miles on my American Express following my musical passion and covering "expenses" along the way. I was Canada-bound. But I wasn't going to go it alone, not when I had a fourteen bed new-build-mock-Swiss chalet waiting for me on the other end and more Air Miles than Richard Branson.

I curated a team around me, three warriors to complete the Fantastic Four, the Loudy Quattro, the Four Saucemen of the Apocalypse: Jasper Osterley-Salazar, Araminta 'Minty' Robert (but Robert pronounced like the French way, like Rob with a bear on the end) and Montgomery-Daniel 'MD' Fisher.

Squad announced. Line-up announced. Flights booked. Huge dent in the overdraft. Huge "loan" from my godfather. Stress over. We land in Montréal with five days of bliss ahead of us.

The chalet was off chops. Mod cons came standard: Fizzy water taps, Finnish style sauna, bath the size of San Marino, minimalist Danish interior design (yes, please). It was simultaneously Scandinavian but simply Scandalous that a chalet like this exists within a sprawling metropolis like that of Quebec's first city.

After four hours of tourism, taking in the finest pieces of culture, art and craft beers on the Friday, we turned in for a good night's sleep. However, I struggled to nod off. It took me about two and a half hours to get over the sound of Jasper furiously tugging himself off to Talk Talk's 1991 concept album 'Laughing Stock' at full volume. Fortunately for me, I love that album. Dark, claustrophobic and downright daring. If it hadn't been for the sounds of Jasper smacking himself around like a cable interrupting the music, I would've listened on. Myself and Jasper finally got off, him with a screaming burst to the end of the final track 'Runeii' and me to sleep.

I woke to the panicked sounds of my friends in the hallway outside. I wandered from ma chambre and recognised the source of their panic immediately: we were snowed in. Now, I was once snowed into a hotel room in Calí back in 2014 for two weeks, but it doesn't snow in August in Colombia if you catch my drift?

We waited eleven and a half hours for contact from the Quebecois exterior. It came to 9:30pm and potentially the greatest gig we would see together in the northern hemisphere was fading from our futures...until a knock at the door came. We opened the door to a hooded, almost sinister looking figure emerging from the frozen blanc. Shovel in one hand, a 16% Californian IPA in the other, it was my godmother's son.

Poubelle was the destination. Poubelle was previously the home of Montréal's refuse collection center. One giant bin essentially. And Poubelle, as an EM venue and Church of House, was absolute rubbish itself.

There was rubbish on the ground, on the walls, behind the bar. The "trash" aesthetic of the venue designed and opened by the ex-bouncer and bare-knuckle boxer turned architect and millionaire all of a sudden, Marc Richier, lends itself to the filthy and degradable beats dished out by the Canadian House and Techno glitterati.

My personal top 5 things about Poubelle:

1. BYOB - Poubelle has a license that means you can still bring you own brogues.

2. The Keyboard Kubicle - in the ladies' toilet, Marc Richier designed a cubicle filled with signed keyboards of electronic acts who had played at Poubelle over the years. The cubicle is still the source of frustration for those females needing at the least a wee and often leads to queues of up to three hours for the toilet. I've also never seen the cubicle for obvious reasons.

4. Marie-Claire Malpas - the head bartender at Poubelle and twelve time winner of Tales of the Cocktail Best Bartender. Marie-Claire, 103, used to knock around with Sammy Davis Jr. before his untimely passing.

Jasper, Minty, MD, Jake and I were on cloud nine. Not only had four of us dodged certain death from freezing or starvation (whichever got us first) but we were about to watch one of our favourite artists of the last three weeks - Elise Le Filth.

Still the poster-child for Marseille's encouraging EM scene, Elise Le Filth (née Clerc) has been one of the most prominent exponents of fade dub and landscape synth from the last twenty years on the global scene.

A notoriously reclusive figure, Le Filth resides in Svalbard for ten months of the year with her inuit husband. She has been working on her latest album 'Threeze' for over eight years and is the most anticipated release of 2018. Collaborations on the album have yet to be announced, however rumours were abound about a reunion when Le Filth was spotted at Trondheim Airport in December picking up her ex-husband and mix-partner Jonathan Edwards CBE.

And boy/girl...did she embrace the filth. She arrived on stage in exactly the same fashion as her secret concert at Berghain in 2007 (a gig my parents and the law didn't allow me to attend). She emerged from an Ancient Egyptian sarcophagus, that had been onstage since 3pm according to one of the security guards, fully mummified, and completely unwrapped herself behind her decks (albeit, taking thirty-five minutes) before heading straight into a disco edit of '2 in the bush'.

Le Filth coated in the room in her new album 'Thai Me To The Bed' for the next fifty minutes before the five of us decided to make our way to the bar for a celebratory Sauvignon Blanc. We clinked our glasses and sipped on the Marlborough white as Elise span two tracks from her 2003 collaboration with Nicholas Lyndhurst.

Walking back to the altar of Poubelle to get up close to Le Filth, I felt a pang of indigestion. I think it must have been that thirteen-deep pancake stack - a meal I thought would be my last - coming back to haunt me. Jake had Rennies with him. I washed two down with the last sips of the New Zealand nectar that I was enjoying immensely.

Le Filth kicked her gig into overdrive to the delight of the faithful with back-to-back back catalogue bangers, including: 'That's Not My Elbow' and 'I'm About to Get Sikh'.

My mind went funny, not funny funny, but the kind of funny that would suggest to me that I was coming up like a ski lift. I asked Jake about the Rennies I had just taken.

"No, mate, those were pills. They're really strong." Jake said.

It turns out what I had taken was an altered form of the popular party drug ecstasy, called 'Pipe'. I had never heard of it before, but after about 28 minutes with the recreational pill in my system I was beginning to feel its effects in full flow. It transpires that 'Pipe' has a lot of the same effects as ecstasy, and generally I was in extremely happy and forgetful spirits, but the principal side-effect of the high was that I started to believe I was a qualified plumber.

I spent the next three hours of my night strolling around Poubelle with my hands in my pockets tutting and hissing at anything that danced telling them it would cost them upwards of £750 to fix themselves, and asking the bar staff for "a brew" every twenty five minutes. After spending fifteen minutes in the bathroom removing the ballcock from each of the gents toilets and telling the toilet attendant where they were going wrong with their system, I came to and told Jake I had no grounds on which to offer people plumbing advice. He agreed and we returned to the dancefloor.

When misplaced arrogance and East End accent subsided, I enjoyed Elise Le Filth once again with a slightly milder high.

Le Filth was on stellar form. Towards the close of her time at Poubelle, she put on a fireworks display of a performance. She returned to her early postmodern stylings for a ten minute pastiche of Farley Jackmaster Funk's work and Victor Hugo's Les Miserables, whilst sampling some of the most poignant Sony Ericsson ringtones from the early 2000s to garnish her serving. The clash of contexts, sounds, meaning and logic turned the inside of Poubelle from a venue into a laboratory, and we were her willing guinea pigs. The results of her aural experiments were staggering, it would not shock me to see her return to the Berghain for a second weekend in the near future - Elise was at the absolute top of her game. She closed a spellbinding show with the titular track from her third release 'GyRate Me Out of 10' to a reception that a Four Seasons Hotel would've been proud of.

The group gathered outside Poubelle and strolled into the night - elated. We had witnessed one of the greats at the peak of her powers. Entering the chalet as the light started to emerge over the Montréal skyline, we would have welcomed a blizzard. We wanted to stay here forever. Jake, Jasper and I sat around sipping on cups of darjeeling, watching the morning mist roll in as Minty went off to see if she could get herself some MD to bring in the morning, she loved doing MD. Unfortunately for her, Montgomery-Daniel had a girlfriend.*

There is nothing that can compete with a weekend away in an English speaking but somehow not-English speaking country in free accommodation with a relatively unlimited budget between us and a banging bassline to soundtrack our visit. Maybe we were the lucky ones.

*at about 7.30am MD's resolve broke and he and Minty scored the face off each other in the utility room. I'm not sure if they went further. I said I wouldn't tell anyone. I have used their nicknames to protect their anonymity. 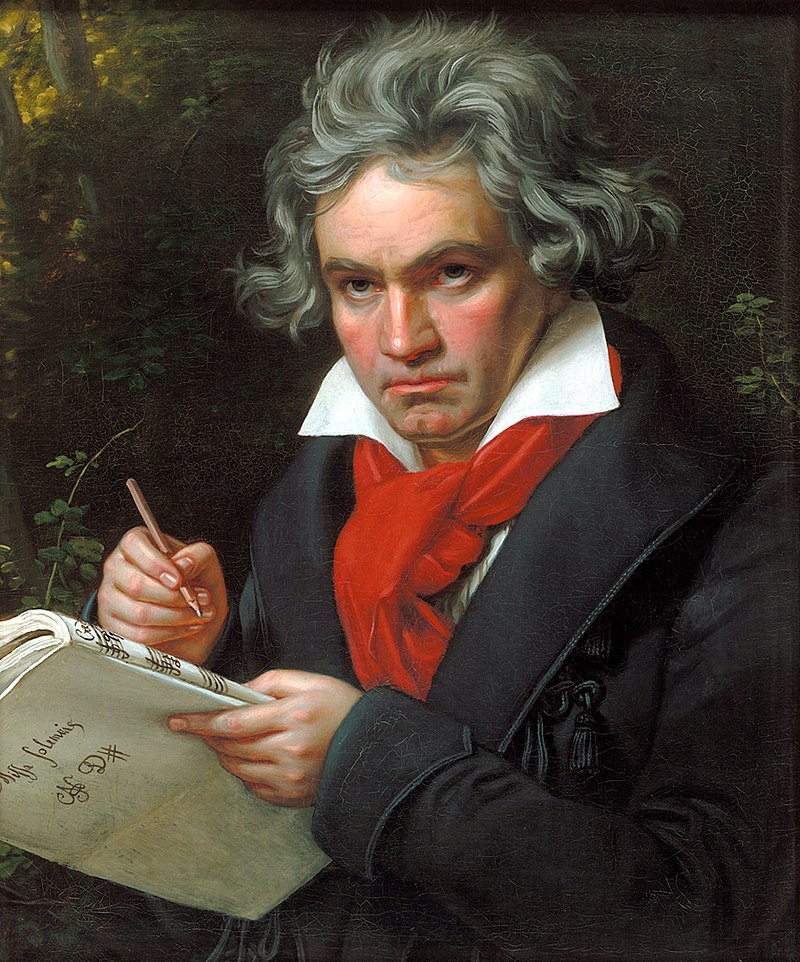 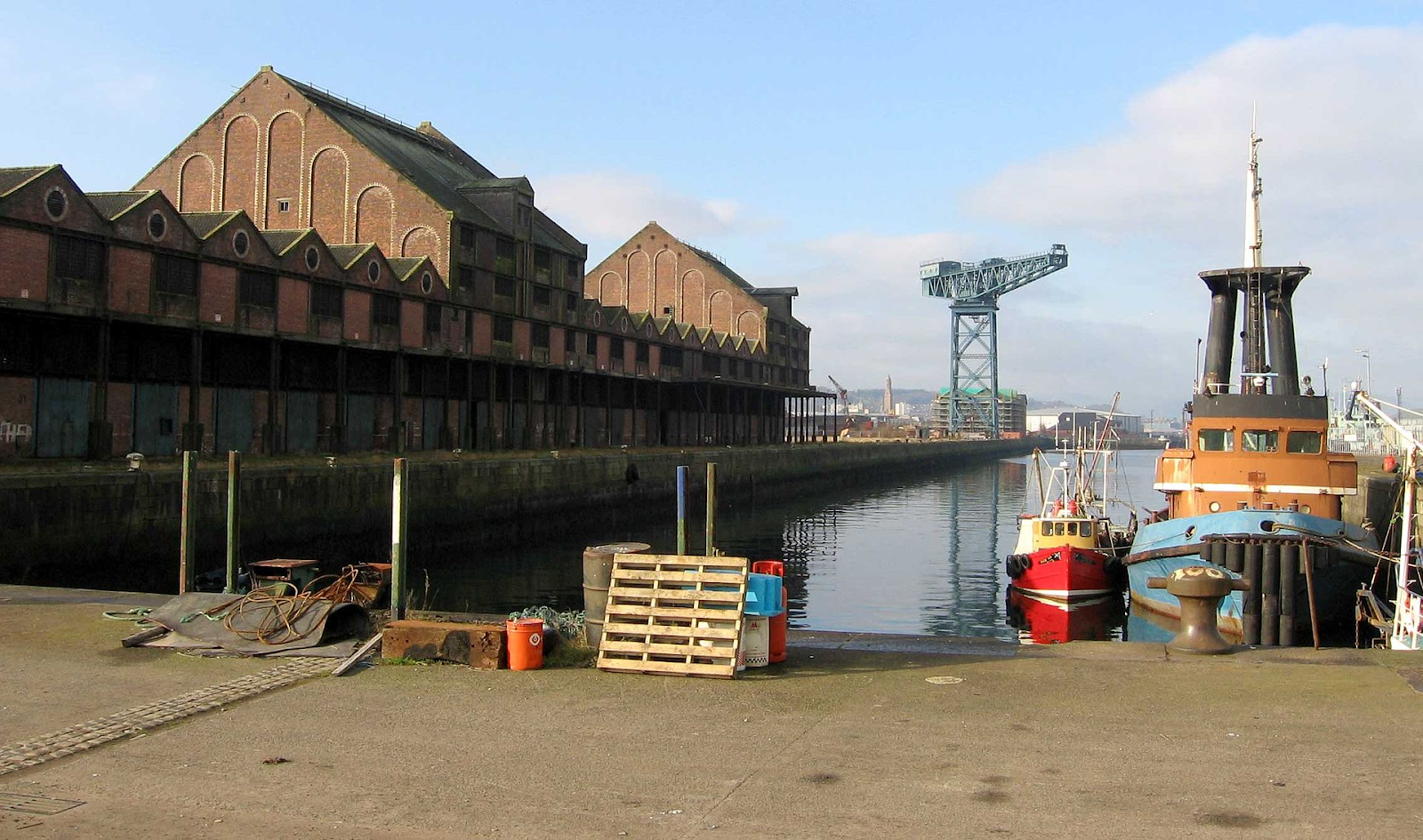 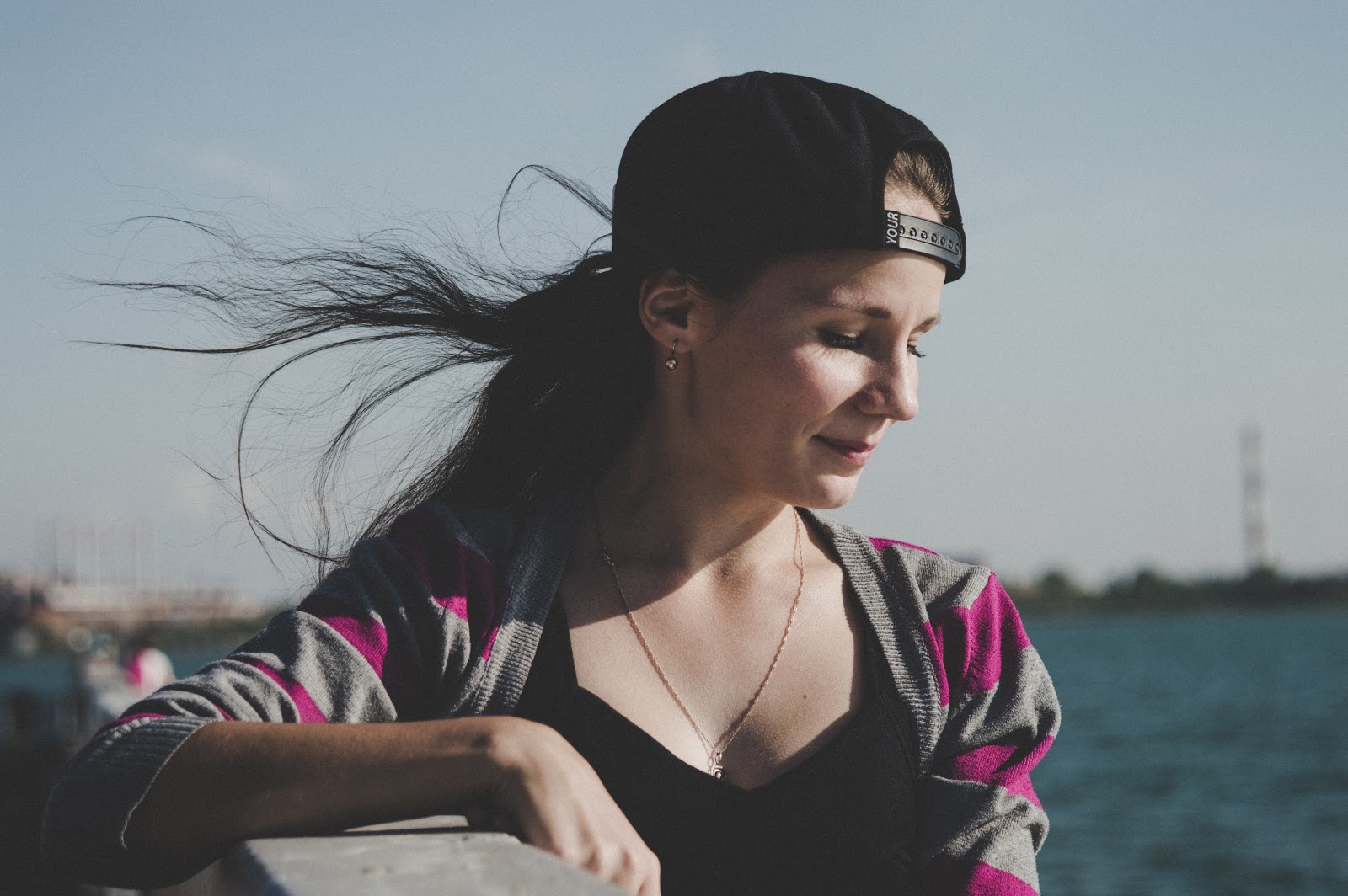